LOS ANGELES (May 16, 2016) – ANSA Productions, owners and operators of the Los Angeles Auto Show (LA Auto Show®), today announced that they are combining LA Auto Show Press and Trade Days with their four-year-old auto-tech conference, Connected Car Expo (CCE), to form the four-day pre-show event, AutoMobility LA.  This is the culmination of a five-year effort to evolve the show’s press and trade days into a bona fide trade show, designed exclusively for the new automotive industry. The four-day event will continue to bring together the entire “new mobility ecosystem” – comprised of automakers, tech companies, designers, developers, startups, investors, dealers, government officials, analysts, etc. – to redefine and unveil the future of transportation.

Since 2012, the LA Auto Show’s Advanced Tech Showcase and subsequent CCE have introduced more than 100 new companies to the traditional auto industry.  It has featured hundreds of expert speakers, been the stage for dozens of significant technology announcements and facilitated countless business deals.  In 2014, it was voted “best car tech/connected car trade show” by Auto Connected Car News.  In 2015, CCE doubled its number of exhibitors over the previous year, saw a 95 percent increase in attendance and achieved a 73 percent increase in the number of technology stories, as a result of the conference.

Several of CCE’s exhibitors received significant funding following the show.  Most notably was the $500 million investment from General Motors in Lyft, which to date, is the most significant partnership between an automaker and ride-sharing service.

“For years, we’ve been at the epicenter of the changing automotive industry, creating a setting for some of the largest partnerships such as that between General Motors and Lyft,” said AutoMobility LA and LA Auto Show President and Chief Executive Officer, Lisa Kaz. “We’re excited to continue to connect brands, whether established or start-up, with influential people and provide engaging experiences with the world’s leading companies.”

The AutoMobility LA schedule will encompass four days of networking, three days of press conferences and two days of learning opportunities (presentations by a diverse range of experts).  A full list of panel topics and speakers to be announced in the coming months.  A preliminary schedule can be found at https://www.laautoshow.com/automobility.

AutoMobility LA will feature panels, high-level presentations by executives, technology exhibits, automaker displays, networking events and breaking news conferences that will examine all aspects of the rapidly evolving automotive and new mobility industry.  AutoMobility LA will also feature more than 50 world and North American product debuts over the course of the show.

Nearly 25,000 entrepreneurs, disruptors, programmers, designers, automakers, government officials and more are expected to attend this year’s AutoMobility LA.  It will kick off on Monday, November 14, with a networking reception at 5 p.m. in the Technology Pavilion followed by the annual Kickoff Party at 7 p.m.  Exhibit areas at the L.A. Convention Center will be open on Nov. 16 and 17 only.

As a lead-up to the show, Mojio and its key partners will be hosting a 36-hour hackathon taking place on the morning of Saturday, November 12.  Developers, designers and entrepreneurs will ideate, create and pitch connected car apps and services that harness Mojio’s open platform and partner APIs.  Winners of the second annual challenge will be announced on Monday evening at the opening reception of AutoMobility LA.

Also during AutoMobility LA and featured during LA Auto Show’s consumer days, will be GO, an all-new destination that will highlight automakers’ and newcomers’ latest smart mobility devices and apps that are redefining personal mobility. Located inside the L.A. Convention Center, GO will feature everything from e-kick bikes to hover-boards to wearables and more.

The LA Auto Show name will continue for the public attendance days, as it has for the past 109 years. The public show will run from November 18-27, 2016.

For additional information on Automobility LA and the LA Auto Show please visit: http://www.automobilityla.com/ and http://wordpress-106507-305598.cloudwaysapps.com/.

Founded in 1907, the Los Angeles Auto Show (LA Auto Show®) is the first major North American auto show of the season each year.  In 2016, the show’s Press & Trade Days merged with the Connected Car Expo (CCE) to become AutoMobility LATM, the industry’s first true trade show converging the technology and automotive industries to discuss the most pressing issues surrounding the future of transportation.  AutoMobility LA 2016 will take place at the Los Angeles Convention Center on Nov. 14-17, with manufacturer vehicle debuts intermixed starting Nov. 16.   LA Auto Show will open to the public from Nov. 18-27.  AutoMobility LA is where the rules for how vehicles are made, sold, serviced and owned are changing and where the playbook is being written.  AutoMobility LA is where the new auto industry gets business done, unveils groundbreaking products and makes strategic announcements in front of media from around the globe.  LA Auto Show is operated by ANSA Productions.  To receive the latest show news and information, follow LA Auto Show on Twitter at twitter.com/LAAutoShow or via Facebook at facebook.com/LosAngelesAutoShow and sign up for alerts at https://www.laautoshow.com/.  For more information about AutoMobility LA, please visit http://www.automobilityla.com.

“AutoMobility LA” is the exclusive trademark of the LA Auto Show. 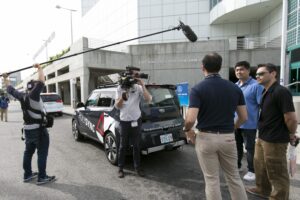 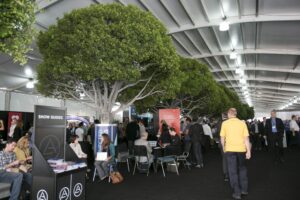 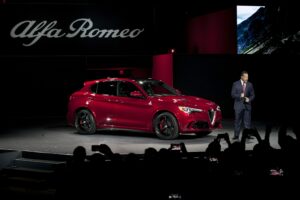 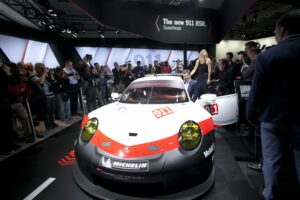 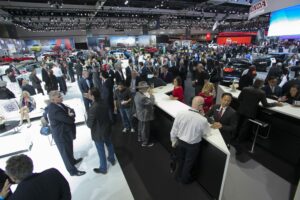 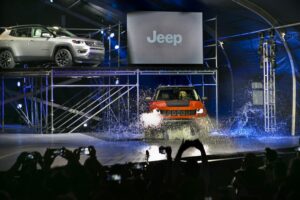