LOS ANGELES, August 22 – The Los Angeles Auto Show (LA Auto Show®) recently announced a variety of exciting activations, attractions and vehicle lineups for its upcoming 2019 show taking place at the Los Angeles Convention Center, Nov. 22 – Dec. 1. The LA Auto Show continues to be one of the biggest annual gatherings in Los Angeles. The ten jam-packed days will have more than 1,000 vehicles on display and will include test drives, never-before-seen vehicles, custom and exotic cars, activations and one-of-a-kind experiences.

“Los Angeles is all about car culture as well as fun and creative ways to get from point A to point B. Visitors to this year’s show can expect to see the latest vehicle debuts as well as the newest designs from their favorite auto manufacturers alongside innovative and interactive experiences,” said Lisa Kaz, CEO of the LA Auto Show and AutoMobility LA™. “Every year, we commit to offering a wide variety of displays and activations at the LA Auto Show. There’s always something for everyone – whether you’re attending for the first time or returning for another visit.”

Confirmed showcases and experiences include (but are not limited to):

Additional activations and experiences plus vehicle debuts will be announced in the coming weeks.

Preceding the LA Auto Show, AutoMobility LA 2019 (Nov. 18 – 21) will also take place at the Los Angeles Convention Center. The four-day press and trade event brings together automotive and technology leaders to discuss the future of transportation, unveil new vehicles, and showcase the latest innovations in front of thousands of industry professionals and journalists from around the world. Many of the vehicles debuted during AutoMobility LA will be on display at the LA Auto Show following their unveiling.

Founded in 1907, the Los Angeles Auto Show (LA Auto Show®) is the first major North American auto show of the season annually. In 2016, the show’s Press & Trade Days merged with the Connected Car Expo (CCE) to become AutoMobility LA™, the industry’s first trade show converging the technology and automotive sectors to launch new products and technologies and to discuss the most pressing issues surrounding the future of transportation and mobility. AutoMobility LA 2019 will take place at the Los Angeles Convention Center Nov. 18-21, with manufacturer vehicle debuts intermixed. LA Auto Show 2019 will be open to the public Nov. 22-Dec 1. AutoMobility LA is where the new auto industry gets business done, unveils groundbreaking new products, and makes strategic announcements in front of media and industry professionals from around the globe. LA Auto Show is endorsed by the Greater LA New Car Dealer Association and is owned and operated by ANSA Productions.  To receive the latest show news and information, follow the LA Auto Show on Twitter, Facebook, or Instagram and sign up for alerts at https://www.laautoshow.com/. For more information about AutoMobility LA, please visit http://www.automobilityla.com/ and follow AutoMobility LA on Twitter, Facebook, or Instagram. 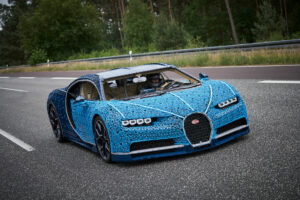